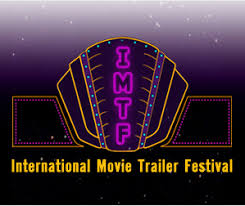 Legends Animated’s Detector Pig trailer was recently accepted in the International Movie Trailer Festival, whose mission is to provide an outlet for filmmakers to share their ideas to the online community, as well as support these filmmakers by offering prizes and awards that would assist in transforming those ideas into films.

If Legends Animated wins, IMTF’s cash award will go towards the production of Detector Pig‘s fully animated 2D film: please support independent animation by clicking the link below and voting for us today!

Thanks to Legends Animated’s talented and hardworking cast and crew, Detecter Pig is now in the film festival circuit! Stay tuned for festival screening updates from both Legends Animated and other companies that produce independent animation.

May you charge into 2014 head on & ready for anything!

Still plugging away at both the artistic and business sides of Detecter Pig so we can make the film festival deadlines: we’ll spare you the nonprofit biz details and instead share some concept artwork by one of Legends Animated’s artists, Hung Tai

Almost At The Finish Line…

Lots of creative work happening at Legends Animated as we’re preparing Detecter Pig  for upcoming film festivals; here is a screen shot of one of the scenes:

A couple of storyboard panels from Detecter Pig as a hint of what’s to come:

The Power of Cartoons

A lot of us enjoy animation and comics purely for their entertainment value, but sometimes they can also provide different viewpoints that make us pause and think. Just look at TV shows and comic strips like Family Guy and The Boondocks : often times in the midst of the comedy and satire is social commentary on current events.  As mentioned in an earlier post, Shad’s background provides Legends Animated with a great opportunity to do something similar: though of course it will be subtle since Detecter Pig  is essentially a superhero motion comic. In this video from TED.com, Patrick Chappatte offers interesting ideas on handling comedy and social commentary in comic strip cartoons, which can translate into the world of animation as well: “cartoons can cross boundaries…and humor is a good way to address serious issues”

Ask anyone in the entertainment business and they will tell you that the quality of sound can make or break any production: regardless of whether it’s live action or animation. You can have the most stunning visuals your audience has ever seen, but if the sound is not up to snuff then you will definitely lose them within the first few minutes: it would be like watching Salvador Dalí & Walt Disney’s Destino with ear muffs on (click the link to watch the entire short film, the picture above is a frame from it).

That’s why Legends Animated is fortunate to have two talented people who are taking care of business in the sound department: Josh Burns and Aaron Eberhardt. Josh is currently creating an amazing sound track for Detecter Pig: the theme song for instance has an eerie futuristic adrenaline-pumping feel to it (that description may not make sense now, but it definitely will once you hear it). Aaron is the sound designer and was awesome to work with during the cast’s voice over session; he also went above and beyond to capture all the natural sounds we needed for the production. They will continue to play key roles as Detecter Pig moves into post production: more details to come soon.

After a lot of thought it’s decided that Legends Animated’s mission would be to simply produce quality animation for all ages that has depth and focuses on interesting themes, however we will specialize in working with indie comic artists to co-produce animated versions of their comic books (to the left is the cover of one of Sergio Willis’s comics). That way our mission is not a “straitjacket”: we can choose to make animation not related to comic books any time we like. There are so many opportunities in the world of indie comic books though; finding material to work with should be pretty easy. What’s really exciting about this specialty is how it will not only provide great material for our production team to work with, it will also give indie comic artists a chance to attract mass attention to their own work, both on https://www.facebook.com/LegendsAnimated as well as their own websites.

Coming up with a mission statement for Legends Animated has taken longer than expected: there are so many routes the company could take but we need to pace ourselves since it is still a start-up company. The trends we have going so far with Detecter Pig are pretty exciting: since it is based on a comic book series, Legends Animated could continue that trend by specializing in collaborations with indie comic artists to create animated versions of their comic books. Like Sergio Willis (creator and executive producer of Detecter Pig), these comic artists would be our clients and have creative control while Legends Animated develops and produces their animated web series or films.

Another trend from Detecter Pig that’s worth considering is a subtle undercurrent of multiculturalism; for instance one of the main characters, Officer Farshad Simmons (a.k.a Shad), has a back story of not being fully accepted by his paternal family, which consists of a long line of proud cops with the exception of his father, who joined the army instead and later returned with baby Shad. Throughout Shad’s life his main goal is to be a police officer so that he could “correct” his father’s decision and prove himself worthy of the family name. Although the coldness from his father’s family and knowing very little about his Afghan mother has lead to a lonely childhood, Shad tries to see the bright side of life through his wise-cracking and sarcastic humor.

Either trend would definitely provide a lot of great animation, but at the end of the day the goal is to write a mission statement that guides your nonprofit, not limits it. For now below is our mission statement , but it will continue to go through a bit of transformation until Legends Animated officially becomes a 501c3 nonprofit organization:

Legends Animated is an animation company devoted to providing opportunities for art students, art school graduates, & independent animators that will empower them to create quality animation for people of all ages to enjoy, while gaining experience towards a career in the animation industry.